The second Women & Cycling Conference was held in May to explore how to reach 50:50 by 2020, Team Beryl volunteer Karen McCallum went along to find out more… 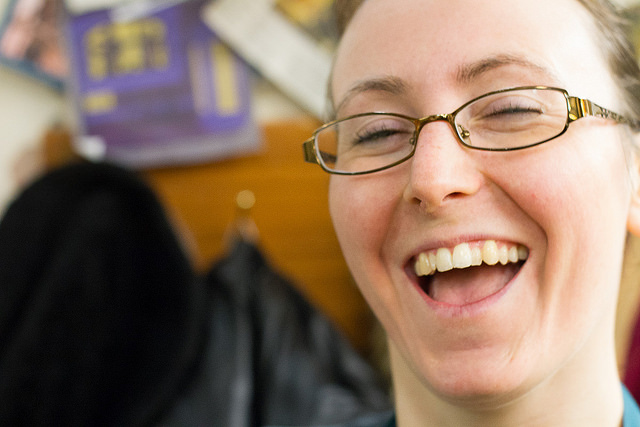 At 11am on May 4th 2016, I alighted from the platform in Hereford and hurried towards the Courtyard conference centre. Delayed trains and long change-over waiting times in Worcester had me blustering, “I should have just pulled an Emily Chappell and rode here over-night …” but my worries were soon to be dispelled. I was entering a very cool place, a time and space suspended from everyday realities of sexist on-bike street harassment and unsafe urban infrastructure designs. We were collected to co-vision gender parity in cycling, or, 50:50 by 2020.

The event, organized by WE Cycle UK in collaboration with Herefordshire Council, was designed to speak to a wide audience. In the first series of short talks, Katja Leyendecker from Northumbria University explained that people already know about all the health and environmental benefits of cycling. She argues that people will choose to cycle when the local urban environments are designed to be supportive of cycling (read: safe and fun!). For her, getting more women on bikes is not about convincing them to ride; rather, the challenge is to build cities and transit systems properly. Other highlights from this first panel include a fabulous twosome, Suzanne and Sally, who spoke about cycling projects in Scotland. They described two particularly awesome initiatives: Kidical Mass a family-friendly urban bike crawl traverses the streets of Glasgow and features great tandems, trailers and little humans on bikes and Bike Curious days where families who commute with children by bike bring their kit together so that other families with young kids can try it out. Other excellent ideas from Scotland include asking elected MPs and candidates to participate in a group ride to experience cycle infrastructure first hand, as well as a ‘school streets’ agreement wherein during key drop-off and pick-up times, roads in front of schools are closed for car traffic.

After a series of these short talks, we broke out into sessions where I met Angela from York who works in a bike shop and does a significant amount of the teaching in the shop. We commiserated some about our shared experience of having male punters look questioningly at us regarding our bike advice and feeling undermined by their doubt of our knowledge. Angela pointed out that it is really gratifying to be a teacher in her shop, and I agreed that it always feels amazing to be taught or supervised by female mechanics in the Broken Spoke!

After the break-out session, about 30 of us had lunch on the lawn while others went for a short cycling jaunt headed by Jenni from the London Bike Kitchen. I had a chance to chat with Marrium, a Bikeability instructor from Leicester. She shared a brilliant story with me about how she got back into cycling again because she wanted to get her daughter into something more active and also wanted to see what she could do about getting more women wearing hijabs into local cycling groups. Many of the women she encountered were just so nervous about looking silly on the bike because they hadn’t ridden since they were much younger! She has been achieving results in her efforts to get women in her community cycling and has got her accreditation to teach Bikeability (she has also ridden Coast to Coast the day before the conference – legend!).

In the afternoon sessions, Anna Semlyen spoke about her campaign to decrease speed limits in city centres to 20mph and called on anyone interested to start their own local branch of this lobbying campaign (she got a few takers). Again, the emphasis was clear, women are enthusiastic about cycling, they know it’s good for their health, the environment, that it may save time and money, and most importantly they like doing it – but that their concerns about safety deter them.

Then Heather Jones from Reading University gave a really interesting presentation on her research on women’s cycling life histories, “Cycle Boom,” a project that centres on interview data and the mapping of older women’s cycling habits throughout life in order to identify what lifestyles, pressures and events contribute to or inhibit cycling behaviours over a lifetime. She found that issues such as illnesses and changes in mobility influence cycling activities, as do changes in the commute distance and location of home and work in proximity to a safe cycling route. She also found that women tended to cycle less when they were raising children.

There were so many other fabulous projects highlighted over the rest of the afternoon, but I’ve got time to describe just one more – which also happens to be, hands down, the highlight for many of the whole day – the Bradford Cycle Training project. This project brought together about 30 teenage girls from ‘black and minority ethnic’ communities, a handful of whom did not know how to ride a bike, and the remainder were lacking in road-riding confidence. Over 6-weeks, the teens learned to ride, gained confidence, and worked towards their ultimate achievement of the programme: planning and cycling their own urban cycle route! The project co-ordinator and 3 of the young women from the group were there to share their experiences and their enthusiasm was truly infectious. And here is a challenge they delivered to the cycling community: if you want to get teen girls and young women, especially those who don’t drink alcohol at home, to join your cycling club, you might consider not hosting your gathering or meet-point in a pub? This might fly in the face of some cycling traditions, but it’s a conversation that cycling clubs, training programmes and social groups need to have if they’re serious about inclusion of diverse ethnic membership, not to mention youth.

As I traipsed back to the train station, the main take-home message that stuck for me was simply that women gathered together have a lot of energy. We are energized by being together and, quite frankly, we are good organizers. Finding capacity-building and funding opportunities are perennial challenges, but there is no shortfall of enthusiastic, skilled and committed cycling champions who are individually carrying out impactful and joyous projects promoting cycling all over the country. Events like this conference provide an opportunity for us to resource ourselves, after all it’s these women who will make the shift to gender parity in cycling happen.