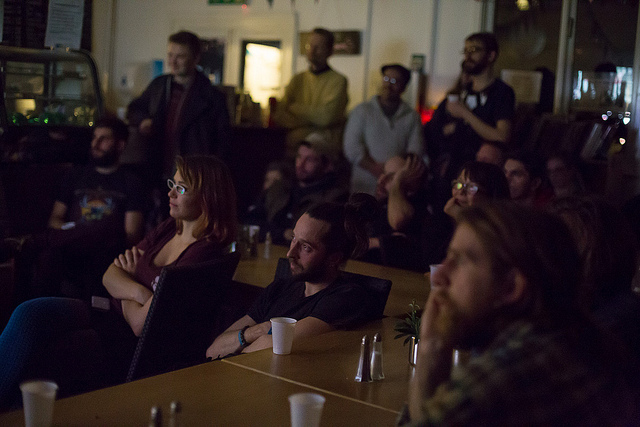 Dotted all over the country are grassroots bike projects using bicycles to contribute to positive social change. They offer things like affordable or free fix-your-own-bike workshops, free bikes for refugees, cycle confidence training, bike re-use and recycling and all ability cycling clubs. We think everyone should know where their local grassroots bike project is so they can use and support these great services. So do you know where your local DIY bike project is? Chances are, there is somewhere near you, so check out the list at the bottom of this post which was compiled by Ethical Consumer magazine.

This month the 4th annual UK Bike Gathering is happening at the Broken Spoke Co-op, where these projects will come together to network and support each other, a vital resource for projects many of which exist without outside funding and are often run by committed volunteers.

These diverse projects have different aims and structures. Some of them are politically radical spaces run by collectives such as 56a bike project, some are workers co-ops such as Broken Spoke Co-op, some are social enterprises, like us. But what they have in common is that they try to use bikes in some way to work towards positive social change. They are not ‘normal’ bike shops. But what do they do and how do they achieve this grand aim? Well, lets take the Bristol Bike Project as an example. Amongst other things they have a long running Earn-a-bike scheme which gives marginalised people access to affordable and sustainable transport – bikes are donated by local people and fixed up by volunteers, then the final few repairs are done by the project user with guidance from a mechanic. This scheme has given free bikes to lots of people in Bristol who really need them, like refugees and homeless people who are living on very little money. 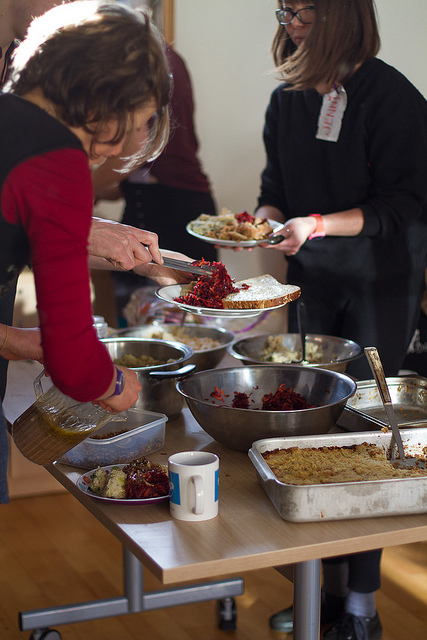 A lot of attention is (rightly so) given to the project’s concrete and measurable outcomes ie. free bikes for people in need. But another real success of this project lies in its culture. The Bristol Bike Project aims to ‘provide a valuable and empowering service for underprivileged and marginalised groups of people’ and ‘to provide an inclusive, non-judgemental, vibrant and supportive workshop environment for volunteers and project-users alike, from all walks of life, that encourages and promotes skill-sharing and independence, where new skills are learned in a way that is empowering for all and friendships are made.’ For me, this is key. Having been a volunteer at the Bristol Bike Project myself, I can vouch for the fact that this was really happening during my time there. There was a culture of skill-sharing, a feeling that people from all sorts of background were actively welcomed, and a mix of skills and abilities which was really cohesive socially – people were helping each other out who might have walked past each other on the street and never engaged. If it’s done right, this is a real strength of community bike projects, and is its own form of social change. But this kind of culture is hard won, and is only created and maintained through its members’ regular reflection, both personally and more formally in meetings, on their project’s power structures and culture. And crucially, reflections need to be not just general, but specifically related to the real interactions and conversations that happen between people at the project. It’s useful to ask questions like: who populates the project? Who might feel comfortable there? Who might feel a little uncomfortable or like an outsider? Are the inevitable instances of racism, sexism, ableism and classism actively and compassionately challenged? Do people feel empowered to learn even when they’re new to bike mechanics? If a project can get this culture right, they will start to attract the ‘hard to reach’ people so often described in charity funding applications, but they will do so in a mutually beneficial way, and have a great time doing it.

by Fenn, mechanic in the Bikeworks ReUse Centre