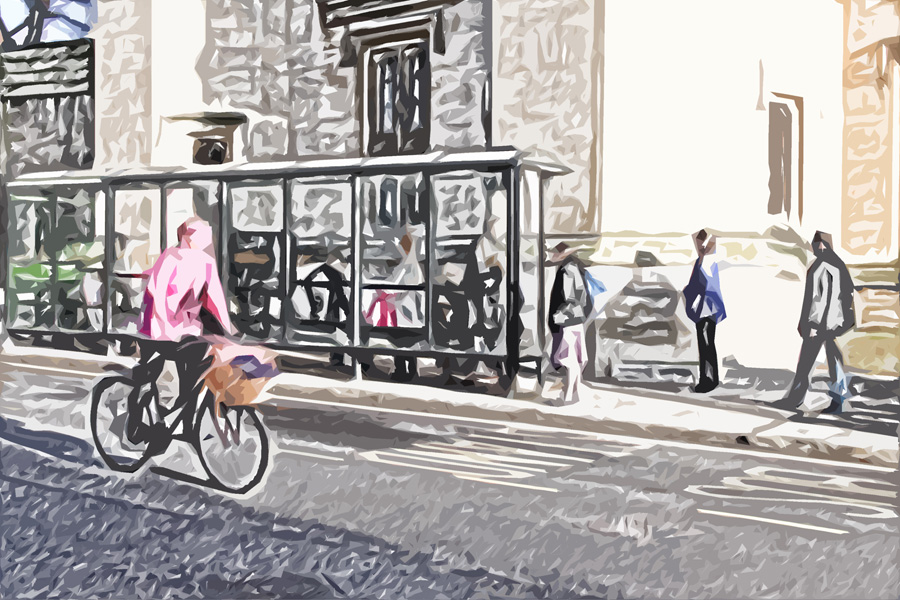 A few months ago I moved to the edge of Oxford. Initially, I commuted to work in the centre of Oxford by bus. I lasted five days. By the end of the week I had bought a bike. To elaborate, I spent a few evenings googling ‘what bike should I get for commuting’ and getting several different recommendations for bikes, kit, and clothes, that I absolutely-must-have-would-die-if-I-didn’t. Confused, I went to a local bike shop (LBS, is the lingo, I believe). They were lovely, and I took a couple of bikes for test-rides. Having spent my student years tootling around on cheap, fourth-hand, slightly wrong-sized bikes, they all felt incredible. Eventually I decided on a Ridgeback Velocity, a somewhat decent hybrid, and an Ortlieb pannier. I managed to save ~30%, as I got them through the very handy Cycle-To-Work Scheme.

Come Monday morning, I was rather embarrassingly a bundle of nerves and excitement. Despite the hardly back-breaking distance of 5km, I thought of all the things that could go wrong. Will I get hit by a bus? Will I get a puncture? What if it rains? Have I triple-checked that I’ve packed my change of clothes? I erred on the side of caution clothes-wise, and wore a wicking t-shirt and sports capris, just in case I got really sweaty. 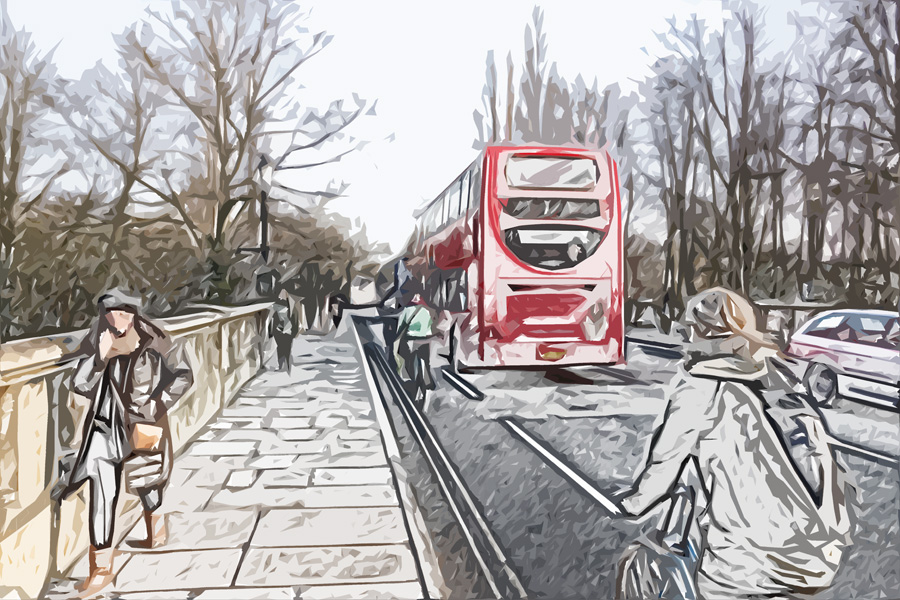 I set off, and passed my bus stop just as the bus was pulling up. Wouldn’t it be cool if I could beat the bus to work? The roadworks at the top of Headington gave me a head-start as the bike lane conveniently went on the pavement for a while. Through Headington shops I passed another number 8 bus and felt pretty smug. I had the sun on my back and the wind in my (tied back) hair, rather than the smell of someone’s armpit or breakfast.

After dodging some potholes (locations now memorised), going ‘Wheeeeee’ down the hill, and some pretty competitive starts at traffic lights, I arrived safely at work. I had beaten two buses! And I saved the bus fare. What a great start to a Monday morning.

P.S. Current record is beating 4 of my buses.

P.P.S Answers to my newbie questions:

The above graphics are based on two brilliant photos that were found here.