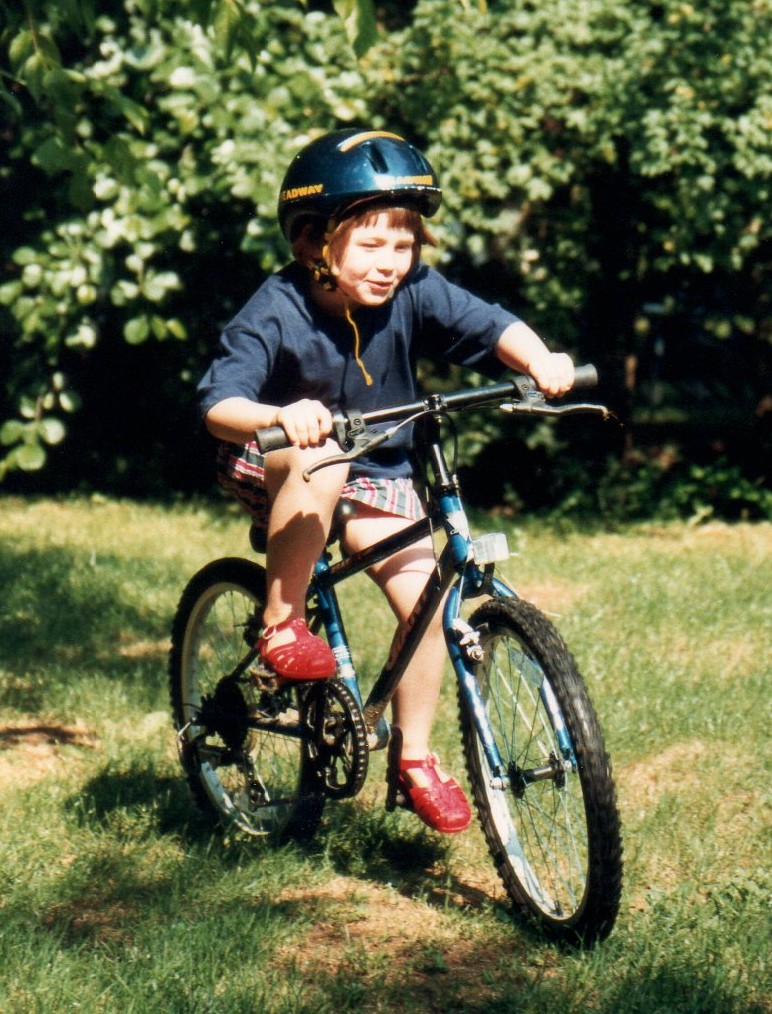 My first memory of riding a bike is around and around a bush in a campsite somewhere in France. Our family holidays were pretty active, and often involved mountain bikes, walking, or kayaking. None of this involved lycra, and Dad was always there to help push me up any scary looking hills.

I worked in Cycle Surgery/Runners Need for a summer whilst studying in London, which was probably my first exposure to road bikes. I didn’t get off to a flying start – as I was being shown around some of the stock, and we were looking at pedals, I asked:

“How do you clip into those?”

“…Those are bottle cages.”

I’m happy to say my bike knowledge has improved slightly since then. I learnt a lot by watching the mechanics, and while most customers were the commuter-type, we did also get some rather nice road bikes.

Fast-forward a couple of years to me moving back to Oxford and getting involved with Broken Spoke. A friend from Team Beryl mentioned she was going to do a 6 week summer course for introducing ladies to road & group cycling with the Cowley Road Condors. I tagged along on my Ridgeback Velocity hybrid, pannier rack and all.

I had visions of caffeine-jacked, leg-shaven, calf-bulging, middle-aged-men-in-lycra snobs who wouldn’t talk to you unless you were head to toe in Castelli and your bike was worth more than a small car. What I found was a great bunch of men and women, of all ages, who just really liked to ride bikes, and wanted you to as well.

The newbie riders were corralled into groups and given a talk on some basics of group road cycling – how to ride in formation, how to communicate, how not to crash into people and die, etc. I noted with relief a couple of other ladies on hybrids, but the pace was social and went as fast as the slowest rider. That was actually one of my worries – for the past year I had only ridden around town, and I had no concept of how fast I was. 10mph? 20mph? How many miles could I ride for? How long were we going to be riding? What if I needed the loo? What if I got hungry?

My fears were unfounded (and I brought snacks), and I really enjoyed my first ride. The constantly changing formation of who was doing the work at the front of the group meant you got to talk to everyone at some point. Not being a car owner, I don’t really go onto the roads around Oxford, so it was with delight I got to see my city from new perspectives (e.g. whilst panting from reaching the top of a hill). One of the things that was notable over the weeks was that the speedy riders on the racing teams also helped lead the rides and pass on their tips; there was no social distinction between the slower and faster riders.

After the second week I bought a pair of bib shorts and jersey from Decathlon for about £20. The need for padded shorts had announced itself after I got a bit saddle sore near the end of 30 miles in Nike capris. Not recommended.

At the end of the 6 weeks I became a member of the club with little hesitation – I may not have had a road bike, but I wanted to support the club as I thought the work they were doing to increase the number of women cyclists was great. Also, I was on an indefinite hiatus from running due to a knee injury, so cycling would fill that gap nicely. As it turns out, I did get myself a road bike not long after. I’d thought about waiting until the spring, as I wasn’t sure how much I would ride over winter, and it would give me more time to be sure I really wanted it before I spent lots of money! After all, I rode to Bournemouth and did Bike Oxford on my hybrid, did I really need a road bike? 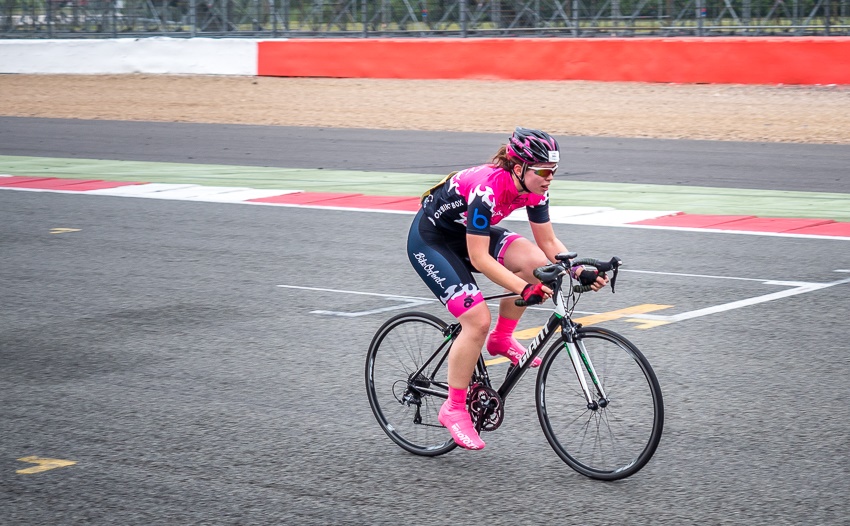 The answer is yes.

However, I found a second-hand bike that was a pretty good deal, so after telling my housemate where to send the search party if I didn’t return, I hopped on a bus to go and give it a look over and a test ride. Having never ridden a road bike before I wasn’t entirely sure what it should feel like, so I gave it a safety check and all was working fine. Plus I couldn’t take the grin off my face when I was riding it around the driveway in the pouring rain.

One of the Broken Spoke mechanics was learning how to do bike fits so I happily volunteered to be a guinea pig to get it set up better for me – which involved getting a much shorter stem, raising the saddle, and adjusting the reach of the brake levers. I also swapped the saddle from a plank of wood to a Selle Italia Diva.

I decided I needed to practice clipping in and out of the pedals, so I headed off to a basketball court near my house as I thought a lack of cars would be a good idea.

I clipped one foot in, got 5 metres from my front door, then fell over.

Luckily I had been going so slowly all that was damaged was my pride. I smiled sheepishly at the family walking past and got up straight away to show I was fine. I carried on to the park (one foot clipped in only), and tried to master clipping in and out. I really struggled.

Wow, I really suck at this. What if I’m just not cut out for road cycling? Was this all a big mistake?

Turns out the pedals were just rubbish. I got some new ones, and the relief I felt when I discovered clipping in and out was so simple was tangible. 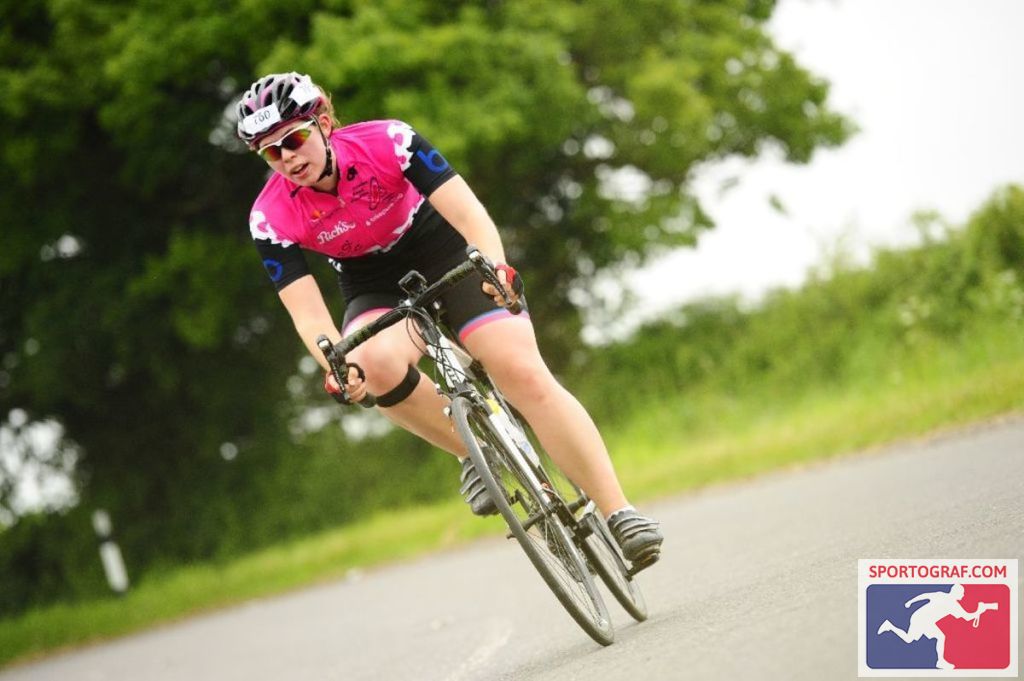 I started riding semi-regularly, then regularly, with the Condors – mostly on weekends during winter, and discovered the enjoyment of mid-ride coffee and cake stops. And end-of-ride pub stops. Or even middle-of-ride pub stops. I was introduced to the world of Strava, the horror of doing a ride without logging it, and the competition for Queen (or King) of the Mountain. As I began to ride more, and get faster, and at the encouragement of other Condors, I decided to dip my toes into the racing world. I knew initially I just had to gain some experience, so I decided to throw myself at everything this year to see what I enjoyed, then refine it next year if I still wanted to.

I did a couple of crit races – great fun even if I was left in the dust after the first corner – and time trials, and pedalled my way onto the ladies team for Silverstone – a team time trial around the F1 race track, and a highlight of the club calendar year. It was amazing.

Road cycling has given me a renewed appreciation for what my body can do, great new friends, and a whole wardrobe of pink & black.